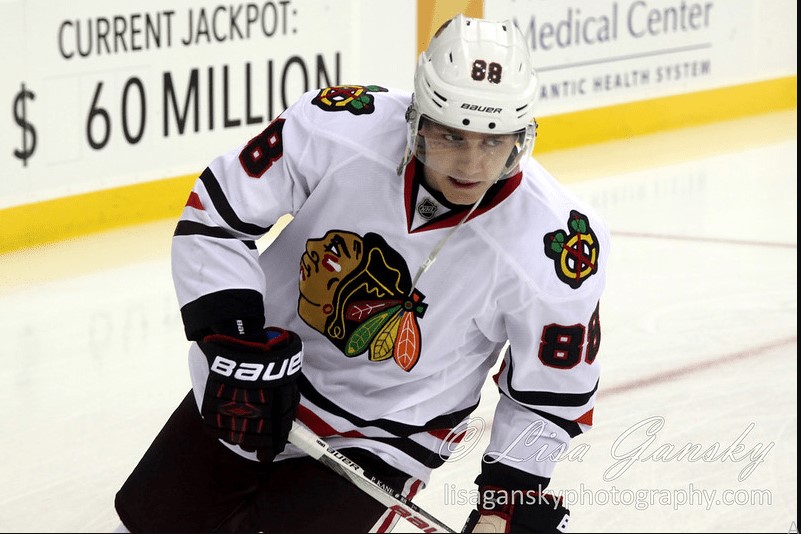 Patrick Timothy Kane is the youngest American-born ice hockey right winger and 90th player in NHL history to hit the 1000- point mark in his career. In the year, 2010 and 2014 Winter Olympics, he became the part of national hockey team of the United States. He is also the winner of the Stanley Cups as a member of the Blackhawks in 2010, 2013, and 2015.

At the age of 32, this remarkable young man is still at the top of his game and showing no signs of slowing down anytime soon. To find out what diet the greatest player of American hockey follows, let’s take a look at Patrick Kane’s diet plan.

After waking up at 8:30 am, Kane enjoys his breakfast with his team members. His breakfast eating plan includes:

Being the face of American hockey he has a unique style to follow his breakfast regime. He likes switching up his meal every other day to have a balanced and healthy meal.

Kane Patrick likes to have lunch till noon. He usually eats with his team members Brent Seabrook and Jonathan Toews [2], along with strength and conditioning coach Paul Goodman. His lunch eating plan is constituent of:

Kane prefers his dinner once the game ends. So, he mostly takes his dinner around 11 p.m and sometimes after midnight. His dinner diet plan includes:

That’s all about Patrick Kane’s diet plan. His diet is simple, nutritious, and can be easily followed. But Kane also believes in training intense workouts to monitor his calorie intake every day. [3]