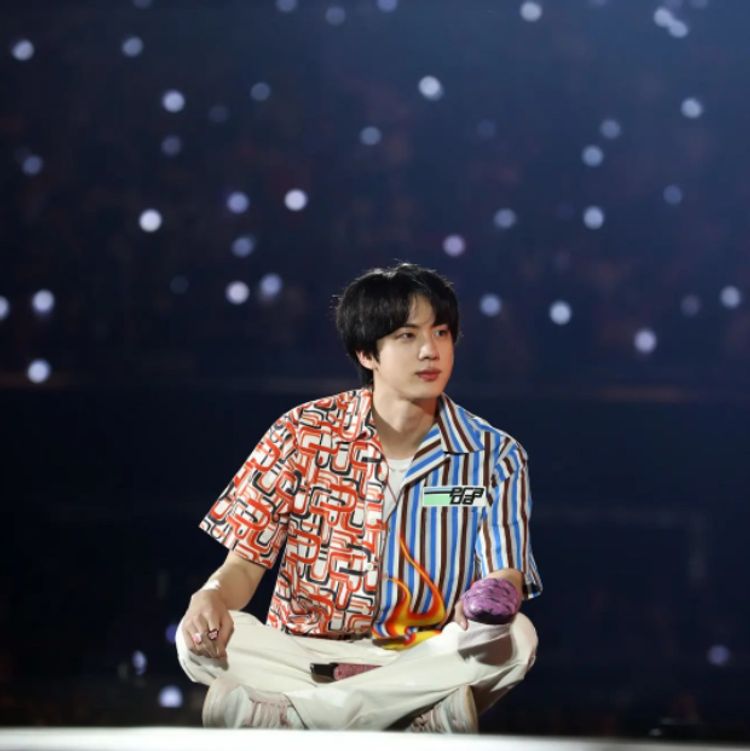 Born and raised in Gwacheon, South Korea, Kim Seok-Jin is a veteran singer, dancer, actor, and songwriter who is commonly by his stage name, Jin. Konkuk University graduates almost left music when he wasn’t able to get a breakthrough. However, in June 2013, BigHit Entertainment signed Jin in their South Korean boyband group BTS. And from that day onwards, Jin never looks back.

Worldwide handsome man sweats for hours in gym and burns calories by dancing regularly and takes a regular diet. But in the past, Jin followed an extreme diet that kept him lose weight. However, the latter made him malnourished, but what did he eat?

When I eat, I feel happy, and everyone looks like angels

Jinnie adopted his extreme diet for a year. He started his day by eating chicken sausages along with an egg-white omelet. That’s all he had for breakfast.

The lead vocalist of BTS took the grilled chicken breast and sauteed veggies for lunch. In addition, his diet was rich in protein and had low carb and fat content.

Before having dinner, Manner-dol enjoyed munching a snack. He mostly took a vegetable soup as a snack.

For dinner, the old-fashioned guy repeats what he ate in breakfast. His dinner meal plan includes grilled chicken breast and veggies.

As already said, Kim Seok-Jin continued this diet plan for a year which helped him lose weight, but also he suffered from malnourishment (1). That’s why he quit his intense diet plan and now eats a balanced diet.

Does Jin know how to cook?

Seokjinnie got excellent culinary skills and can cook various dishes such as pizza, sushi, etc. (2). He loves to serve his handmade food to his bandmates.

What is Kim Seok-Jin’s favorite food?

Kim Seok-Jin like to eat food, but his top three favorites food (3) are: