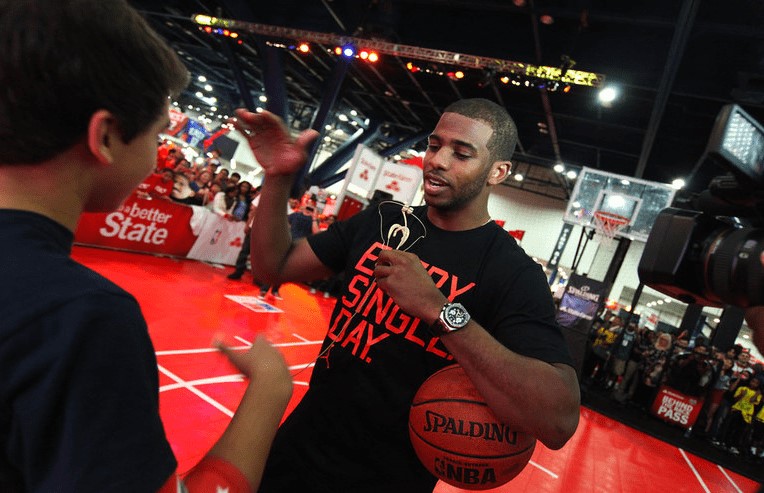 Born as Christopher Emmanuel Paul, Chris Paul is a professional American basketball player who played for the Phoenix Suns of the National Basketball Association (NBA). He won many accolades while playing in the point guard position such as the Rookie of the Year Award by the NBA along with others. Chris Paul maintains his lean physique through workouts and diet so let’s dig into his daily diet routine specifics to understand better.

Paul is a vegan and eats plant-based food. [1]

He has a personal chef named Seong Hwang; an immigrant from Seoul, South Korea, who not only prepares his daily meals but also always remains ready to advise and help Paul to determine what he can or can’t eat from the hotel menu whenever Paul hits the road.

According to Chef Seong “Chris is always worrying about what he can and can’t eat.” & that clearly reflects in his daily diet regimen

CP3 (nickname of Chris Paul) likes to have a healthy yet light breakfast in the morning.

Chris Paul enjoys a lunch made with organic ingredients. His typical lunch consists of:

The two times Olympic Games gold medalist like to have a snack after lunch which includes:

Chris Paul eats a dinner based on a balanced diet. His dinner plate usually looks like: