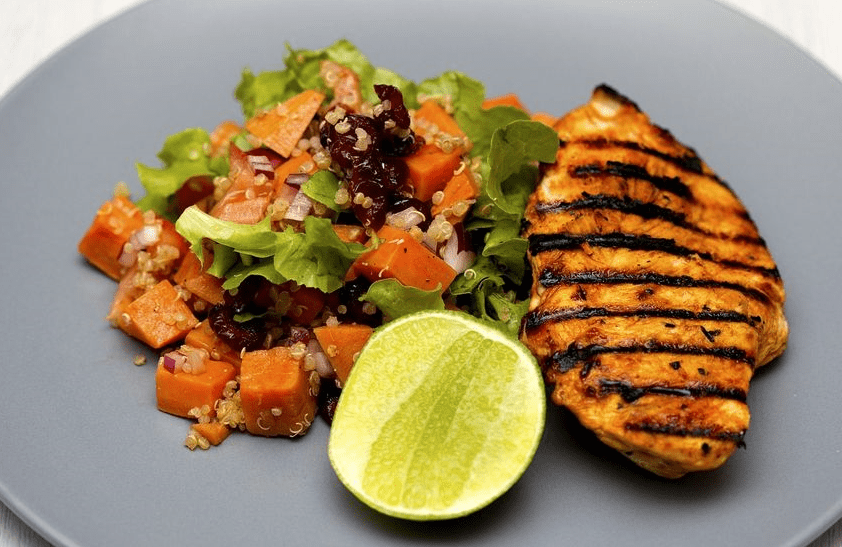 Stephen Curry, the phenomenal 3-point shooter, is one of the best NBA players of all time. After being chosen by Golden State Warriors, the USA in 2009, his performance has only gone uphill despite his increasing age.

So what is the secret of his inspiring health and flawless gameplay? What made him so flexible and enduring physically?

The answer to this lies in his relentless commitment to his workout routine and diet plan!

His workout routine throughout the week is mentioned below:

The 3 kinds of shots he practices most are

Not only does he train himself physically, but he also trains his mind to make quick decisions in different situations during a game. His par excellence in hand and eye coordination and decision-making skills has tremendously improved his speed and reaction time in a basketball game. For this training, he uses goggles and different light settings to improve his ability to tackle varying situations.

Stephen has a very balanced diet of fresh whole foods throughout the day. His diet is managed by his wife, Ayesha Curry, who is a renowned chef herself.

For breakfast, he usually has a quick glass of fresh fruit and vegetable smoothie. His ‘5-minute nutrition’, according to Ayesha includes

Ayesha preps a wholesome lunch that includes a protein source, healthy starch, and vegetables. Ayesha prepares 10 batches at a time so that Stephen can also snack on them. An example of his lunch is

Stephen also loves having sandwiches made of fish, grilled shrimp, or chicken along with some fruits and salad for lunch.

He likes having pasta along with chicken and healthy carbs for dinner. Stephen also enjoys fancy desserts such as banana foster.

Some facts about Stephen Curry’s diet