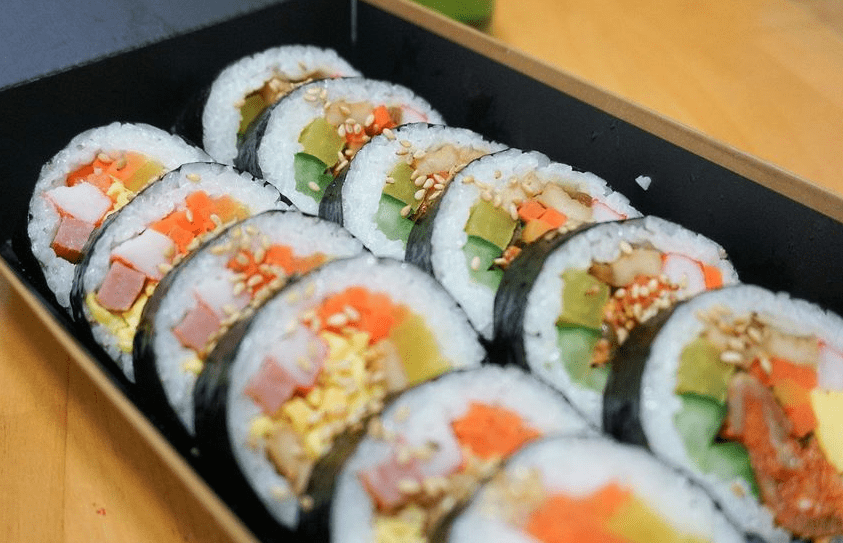 Kim Yugyeom is a South Korean singer, songwriter, and dancer. He is the maknae (youngest) of the famous K-pop boy group, GOT7, formerly working under JYP entertainment. He became a trainee at JYPE in late 2010 or early 2011. He’s a fan favorite with a huge social media presence and more than 10 million Instagram followers.

The ahgases (GOT7’s fandom name) have nicknamed him “Brownie” because of his cute and bubbly personality.

Kim Yugyeom has never specifically mentioned his diet but from his videos and vlogs, we can easily guess that he loves food!

In a v-live, Yugyeom is preparing a hearty breakfast. He toasted some bread, then fried an egg and some bacon and assembled them in a yummy sandwich.

Kim Yugyeom has an undying love for chocolate shakes and he orders it the most in cafes. He also likes iced chocolate drinks.

Yugyeom has a nice lean muscular body. He likes street dancing and always admired Chris Brown as his idol. He is the “dance machine” in his group, so most of his cardio workouts are through dancing. Other than dancing, he likes lifting weights to have a more muscular build.

In a tour vlog with Jackson Wang and Park Jinyoung of GOT7, Yugyeom is exercising and doing some pull-ups and standing cable rows.

Yugyeom also gave his fans some tips on diet and working out. He mentioned that the key is to exercise and not skip meals. Moreover, he added that proper weight training and aerobic exercises are the way to go to achieve a lean body.