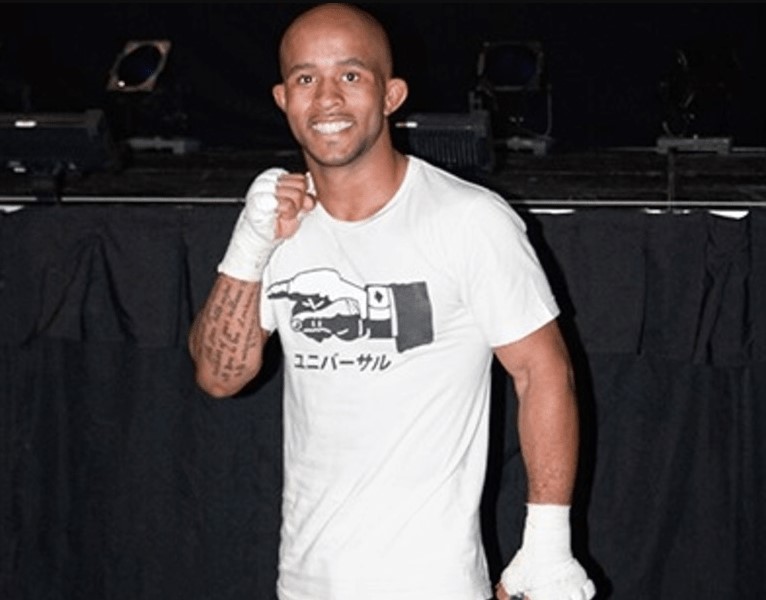 Demetrious Johnson is a 34-year-old American professional mixed martial artist. He is currently holding the winning title of ONE championship.

He is also the former winner of the UFC Flyweight Championship.

Demetrious (Mighty Mouse) claims to be a health freak. He was also got influenced by his wife, who is a vegetarian. They both are avid juicers and are often found flaunting their passion for juicing on Instagram.

He consistently takes shots of ginger, lemon & cayenne pepper shots as long as he is not travelling. He even considers these shots equivalent to his morning coffee.

To maintain a proper physique & being up for any fight challenge, Johnson follows a strict training regime supplemented by well-designed nutritious meal plans.

Talking of the frequency, Demetrious Johnson takes three meals in a day like an average person.

His everyday meal plans consist of breakfast, lunch, and dinner. [1]

He also enjoys a cheat day once in a while & he inclines to cheat usually with Oreos, fried chicken & waffles; but never near a tournament. Whenever a fight is near, he gets back to his fighter’s meal plan & sticks to it.

Wonder who else cheats on his/her diet plan?

Johnson wakes up early and he likes to take his breakfast till 8 am. His breakfast eating plan constituents of:

After breakfast, Demetrious Johnson goes to the gym to train himself. He mainly focuses on strength, speed, and power exercises during his fitness regime.

Johnson spends two hours at the fitness gym. After that, he takes a meal full of delicious foods in the lunch to assist recovery. His lunch eating plan includes:

Johnson enjoys a nap after lunch to relax his mind and body. He then wakes up around 5 pm and proceeds forward to take the second session of his training regime. However, his dinner diet consists of:

Demetrious even went carb-free before his first fight with Ian McCall & he recalls doing such in the following words,

“The first time I fought Ian McCall, I cut carbs completely out of my diet all through training camp. I was afraid I wasn’t going to make weight, that I’d get on the scale, and it would be all, ‘He weighs 128,’ and the people would throw cabbage at me. I basically cut all carbs on the diet, just eat chicken and greens all the time.”