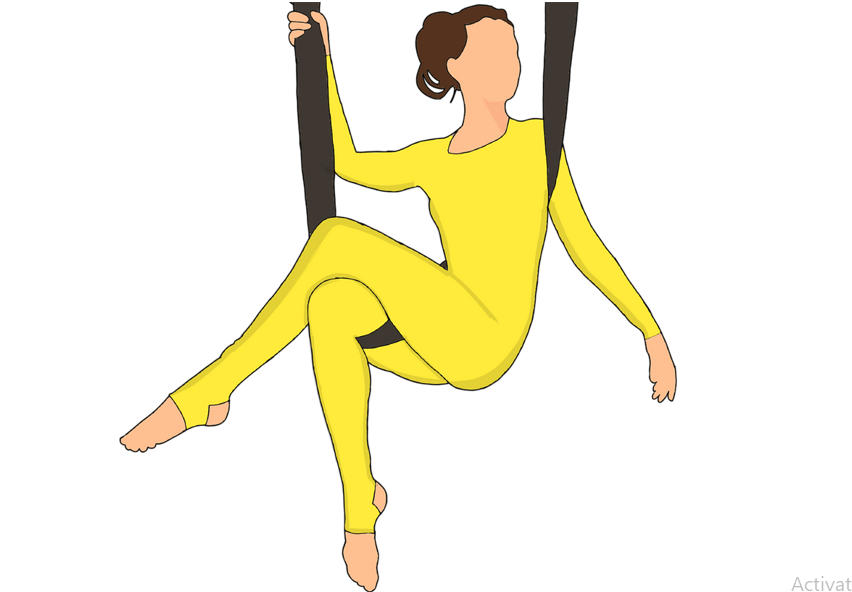 Aerial yoga offers a pleasant twist to regular exercise. This is the reason why well-known celebrities have incorporated it into their workout routine.

What Is Aerial Yoga?

Aerial yoga, as the name suggests, is performing yoga poses while suspended mid-air. Mastering it is not an easy task. It requires patience and continuous effort.

It is a full-body workout where every muscle of your body is engaged. Unlike other exercises, when you do aerial yoga, the pressure on the spine and joints is removed. This exercise

The popularity of this wholesome exercise has been on the splurge since 2013, after which celebs all over the world tried to attempt it.

Whether it’s Hollywood, Bollywood, or K-pop, the majority of celebrities of these entertainment industries swear by aerial yoga. The celebs mentioned below have been doing it for years to achieve overall flexibility and a toned look.

Jennie, the star of the K-pop group BLACKPINK, always makes time to do flying yoga to maintain her toned figure.

Jisoo is also a member of BLACKPINK that is an avid supporter of the benefits of flying yoga. She says that this picturesque exercise is as rewarding as the efforts required to perform it flawlessly.

This superfit Bollywood actress credits her lean yet muscular body to exercise and yoga. She loves gravity-defying exercises as they do not feel like a chore.

‘Bebo’ of Bollywood is one of the leading Bollywood actresses. She was able to lose all the post-pregnancy weight after the birth of her sons through yoga, her favorite exercise.

Alia Bhatt lost 16 kgs in 3 months through a combination of a healthy diet and exercise. She, with her trainer, regularly does aerial yoga for a refreshing yet worthy exercise.

The Pataudi family surely loves aerial yoga! Sara, daughter of Saif Ali Khan, was doing aerial yoga in the Maldives! Surely she doesn’t even take a vacation as an excuse for staying fit.

This famous American singer is an expert aerial yoga performer and regularly performs acrobatic moves on stage while singing. This exercise, unquestionably, makes you flexible and strong.

Sarah Hyland, the star of the series Modern Family, loves how fun and intimidating aerial yoga is.